The castle was built in 1789 by acclaimed architect and designer Robert Adam using the stone from Seton Palace, described as Mary Queen of Scots' preferred retreat. Seton Castle was Robert Adam's final project in Scotland and his light but masterful touch is in evidence in the beautifully executed ceiling plasterwork, carved oak panelled doors and dramatic bay-windowed rooms. Castellated features such as slit windows and turrets are strikingly imposing from the outside but discreetly located in the numerous turrets  thus allowing it to retain the feel of a grand family home when inside. Secret staircases, curved doors, curved walls, arched windows and hidden doors add to the charming sophistication of the architecture and design.

The unbroken ownership of Seton Castle by the Wemyss family from the late 18th century until 2003 served to freeze Seton in a protective time warp, ensuring the preservation of the elegant architectural detail created by Adam. Seton has been sensitively and richly refurbished to fit today's world, including the installation of a full security system, creation of a state of the art gym, playroom, huge double AGA kitchen, magnificent silk-lined dining room, extensive billiard room, traditional old world bar, cinema, guest cottages, apartments, and helipad.

In addition to the main seven-bedroom castle, the estate includes three separate properties - The Darnley and The Bothwell are self-contained cottages each with a living room, kitchen, three bedrooms, bathroom, and WC. The Hideaway is a delightfully romantic suite hidden at the top of a turret spiral staircase.

The working stables at Seton have been magnificently refurbished and include a foaling stable. Adjacent to the stables lies the generous coach house and the characterful Stable Bar - the castle's authentic private tavern, situated in the original tack room of the stable block.

The restoration project has been both exhaustive and faithful to architectural integrity: a two-year-long restoration saw a team of expert stonemasons, stone by stone, and using painstakingly sourced period sandstone and limestone, rebuild the castle's many chimneys and turrets as well as the sweeping rooftop parapets.

Internally, all services have been renewed, ceilings restored to their original beauty, the sweeping staircase lovingly reinvigorated, ironwork magnificently restored, the dumbwaiter reinstated and the 10,000-bottle wine cellar spectacularly brought back to life.

The installation of 17th-century French oak flooring, modern central heating system, entertainment system and security system all sensitively installed hidden from sight help to give the home a most welcoming, warm, and private appeal. 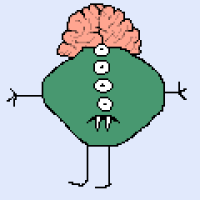